A homeowner in Illinois utilizing his 2nd amendment right, protected his family and home during the coronavirus lock down when two individuals attempted to rob the family at gun point.

The two individuals barged into the home. Sebastian Maniscalco along with his wife and two children were inside. The video captures the voices of people screaming inside.

The wife hid in her children’s bedroom. Brodacz smashed through the door and grabbed the children, pinning them to the bed pointing his gun at them.

The children’s mom begged for Brodacz not to shoot them and at that point he pulled his gun on her and pushed her to the floor.

In the meantime Maniscalco is seen in Ring Doorbell Footage pushing Finnan outside the home and punching him multiple times. Maniscalco can be heard shouting for help. Finnan eventually escapes Maniscalco’s grip and is seen fleeing the scene in Brodacz’s Lexus.

Maniscalco then goes inside the home shouting his wife’s name. At that point Brodacz left the wife and children. Maniscalco grabs his wife’s gun from their bedroom and gets into an altercation with Brodacz. The first shot misses, but then Brodacz went to pull a knife on him when he fired again and shot him in the abdomen.

At some point their 14 year old son had called 911. When the police arrived they pronounced Brodacz dead on the scene. The police stated that the shooting was done in self-defense.

Maniscalco posted a statement on Facebook describing the encounter and thanking law enforcement and first responders for all of their help.

‘It is so incredibly important we acknowledge and thank all of the Arlington Heights law enforcement, Detectives, Special teams, SWAT, Paramedics, Fire department, Forensics and at the front of this case, the lead detective and her unwavering, above and beyond non stop effort to bring justice to our family.’
– Sebastian Maniscalco

According to the Illinois Police Finnan and Brodacz purposely planned the home invasion to coincide with the state’s stay at home order.

Finnan was eventually found at his mother’s home and he has been charged with felony murder and home invasion. He is currently being held at Cook County Jail without bail. 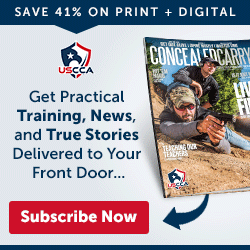