Another explosion rocked Austin overnight, injuring two people and heightening concerns for investigators who believe the latest blast may have been triggered by a tripwire.

Last night's detonation came hours after Austin Police Chief Brian Manley urged the suspect or suspects in the string of bombings to turn themselves in and more than doubled the reward for information leading to an arrest to $115,000.

In an interview this morning on ABC's "Good Morning America," Manley said Sunday night's bombing "has a little bit of a different characteristic" from the three previous detonations that killed two people and injured two others.

"There was a description that we may be dealing with a tripwire on this explosive and so out of an abundance of caution we've locked the neighborhood down to keep everybody safe and we're going to go in at sun up this morning and begin processing the post-blast scene," Manley told "ABC World News Tonight" anchor David Muir.

The Austin-Travis Country EMS tweeted Sunday night that there was a "critical incident" at Dawn Song Drive in Austin and medics were on their way to treat two males in their 20s with serious injuries.

"We do believe, based on what we've seen, that this was a bomb," Manley said at a news conference overnight.

According to St. David’s South Austin Medical Center, the two victims were taken there for treatment and are in good condition.

"We are working on the belief that this is related to the other bomb incidents that have happened in our community," Manley said.

A law enforcement source told ABC News it will take some time to determine whether the explosion -- at about 8:30 p.m. local time Sunday -- is linked to the earlier bombings. Officials will have to wait until daylight to see if the devices were similarly built.

Manley said on "GMA" that the victims in Sunday night's bombing were both white, while the previous blast victims were black or Hispanic. Race could still be a factor in the bombings, he added.

"We've said from the beginning that we're not willing to rule anything out just because when you rule something out you limit your focus," Manley said. "So this does change the concerns that we had initially although we have still not ruled it out until we understand what the ideology and motive is behind the suspect or suspects."

The three previous bombings this month, over an 11-day period, killed two people and injured two others.

Those three bombs were left as packages on doorsteps, while Manley said Sunday's device was different: It was placed on the side of the road. The victims were injured either while riding their bikes, or pushing them, Manley said.

"It is very possible that this device was activated by someone handling or triggering a tripwire," Manley said, adding that the mechanism used to set off the explosion remained "unconfirmed." 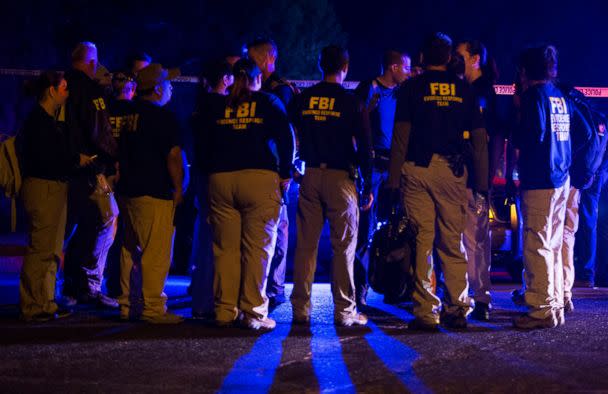 The Austin Police Department on Sunday responded to a so-called "Bomb Hotshot," according to a tweet. It urged anyone in the "4800 block of Dawn Song Dr." to avoid the area.

Manley issued a “safety alert” in the wake of the bombing, urging people located within a half-mile radius of where the incident occurred to stay indoors until 10 a.m. local time.

“Stay inside your home until we have had a chance to deem this neighborhood safe,” Manley said at a news briefing Sunday. “That will not be, at a minimum until daylight, given the darkness and the size of the area that we want to go in and check to make sure again that this neighborhood is safe.”

Police also said school buses would not be able to access the Travis Country neighborhood where the explosion took place and said "any tardies or absences due to this situation will be excused."

In the "GMA" interview, Manley said investigators continue to chase down every lead, but "at this point we don't have specifics leading us to one suspect."

"That's why we're pushing the message out there that we need every tip, every piece of information however inconsequential you may think it is," Manley said. "If this explosion last night was the result of a bomb that was utilizing tripwire technology, that is showing a different level of skill above what we were already concerned that the suspect or suspects may possess."

Sources told ABC News that the Federal Bureau of Investigation and the Bureau of Alcohol, Tobacco, Firearms and Explosives would assist in the probe.

“We want to put out the message that we’ve been putting out and that is, not only do not touch any packages or anything that looks like a package, do not even go near it at this time,” Manley said. “Given the darkness, we have not really had an opportunity to really look at this blast site to determine what has happened.”

Austin Mayor Steve Adler said it was too early to suggest the timing of last night's bombing was influenced by the announcement that the reward in the case was being doubled.

"I tell you, at this point there's not enough data to know that," Adler said on "GMA" this morning. "We're one of the safest cities in the country now dealing with some pretty horrific events and I think the important message right now is just to tell people if you see anything that is in anyway suspicious just don't go near it and call 911."

He said investigators will not rest until the individuals behind the attacks are brought to justice.

"These are some pretty horrific events that we're dealing with right now and I know that our community is pretty anxious at this point, but we have some of the best law enforcement folks around dealing with this," Adler said. "There is an army of federal agents, we have state resources, so we are putting every resource available, this is the highest priority. We’re going to find out who is responsible for this and we’re going to stop it."

Manley said the three previous package bombings "were meant to send a message."

Law enforcement members from all over have taken notice, Manley added.

He then said he wanted to tap into the psyche of the bomber or bombers.

"We want to understand what brought you to this point," he said. "And we want to listen to you." 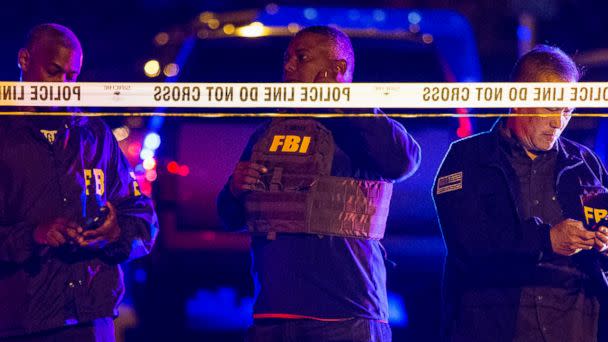 The victims of the earlier bombings include Draylen Mason, 17, an orchestral musician and notable essay winner, and Anthony Stephan House, a 39-year-old father. 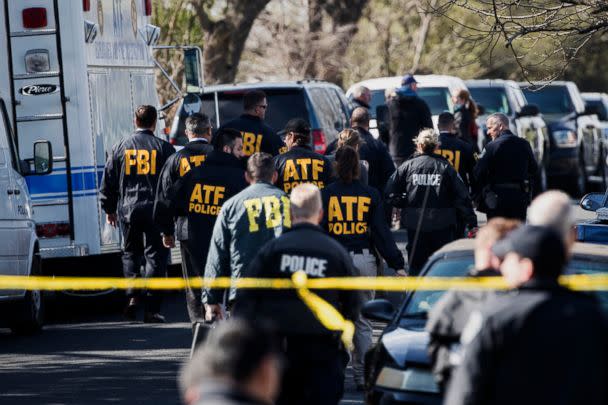 Since the explosions occurred, Manley said the Austin Police Department has received help from an estimated 500 federal agents from various departments, 735 suspicious packages had been reported, 236 interviews have been logged, and 435 leads have been checked out.