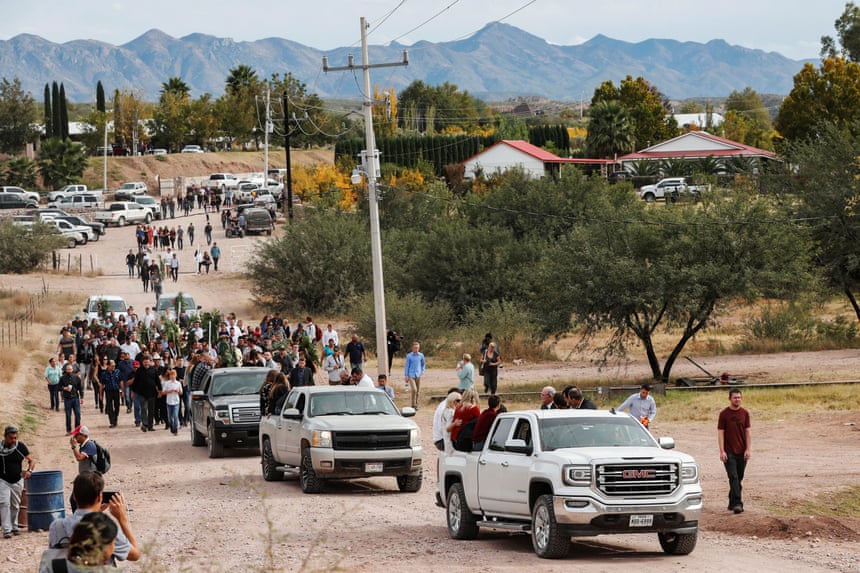 It's always a little difficult to stomach a story like this when it first breaks, but sometimes, you can see the holes in the MSM message. Don't get me wrong, a massacre is a massacre and kids should never have to die senseless deaths, but there is more to this story than they are willing to tell us. But, given time and groups like this, the truth inevitably comes out. No one may hear it, but it will come out and it will be there for the people to see. 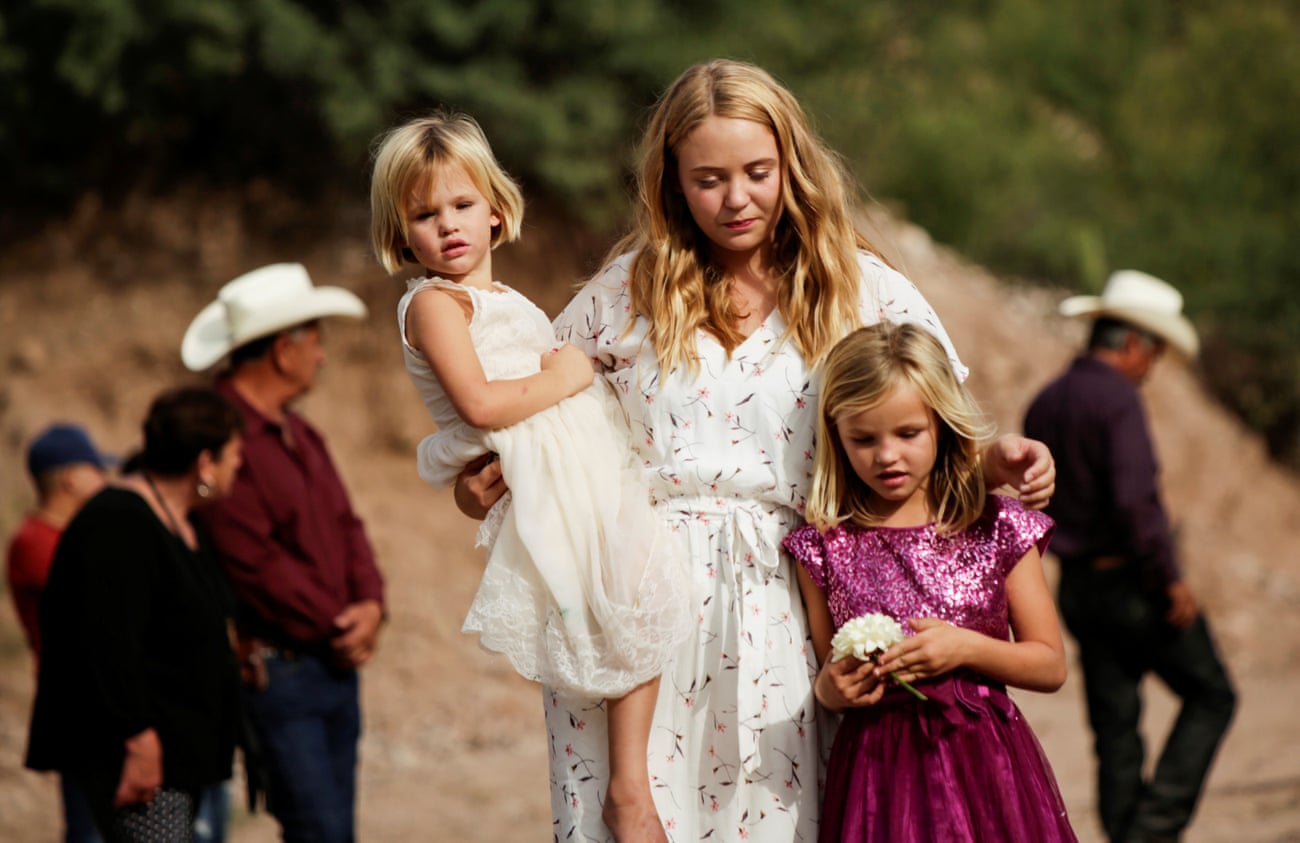 On the surface, the recent massacre does indeed seem senseless. Innocent women and children driving in their SUVs, perhaps lost. They were ambushed and killed in a case of mistaken identity. Seems cut and dry... until the names started to roll around. Until some history was unearthed.

For years, the small community of La Mora also maintained an uneasy peace with the mafia gangs who dominate this part of northern Mexico: identifying themselves at cartel checkpoints and avoiding the region’s lonely dirt roads after dark.

“We’ve all been stopped on the road – cartel groups just wanting to know who we are,” said Kenneth Miller Jr, a resident of the little town. “We’ve never had to worry about much. We were always warned beforehand if there was stuff going on in the area.”

But if the Mormons ever thought they would be protected by the US passports which most of them hold, any such illusions were shattered this week.

Six children and three women – all US citizens – were massacred on a dirt road nearby, when gunmen ambushed their convoy of SUVs, killing children at point-blank range and shooting one mother as she begged for their lives.

“They shot the shit out of my grandchildren, my daughters, daughter-in-law – just burned them to a crisp,” said an anguished member of the family in a voice message shared among relatives, which was passed on to the Guardian. “There’s nothing left. Just a few bones.”

The massacre prompted Donald Trump to call for “WAR” against the cartels, mounding pressure on Andrés Manuel López Obrador, the president whose discourse has forgone the militarized strategy of his predecessors in favor of a vaguely defined strategy of moral renovation.

But the incident has also thrust the isolated Mormon communities into the spotlight, highlighting their long history in a harsh corner of the country, their origins as religious renegades fleeing US laws against polygamy – and their more recent brushes with Mexican drug cartels.

Relatives of the victims acknowledge that the security situation in the region had started to deteriorate as the rival crime groups battled to control the isolated road running north towards the frontier.


“The tensions have escalated in the last few months. The Chihuahua side and the Sonora side have been battling over this route for a while now,” Miller Jr said. “The Chihuahua side is trying to move in because this is a huge smuggling route through here.”
Brent LeBarón, whose aunt and cousins were killed in Monday’s attack, said the first sign something was amiss came earlier this year, when American relatives traveling to a funeral in the region inadvertently drove through a cartel checkpoint – provoking a chase and a warning. Other warnings came “through the grapevine”, he said. “Obviously, they’re fighting over turf and access to roads and getting their drugs to the border.”

This week’s attack was not the first time the LeBarón family had been targeted. A decade ago, a boy was kidnapped from the town of Colonia LeBarón, which the family founded in Chihuahua. On that occasion, the family refused to pay a ransom and barricaded the town, forcing the captors to free the boy.
Mexico: hymns and tears as victims of attack on Mormon families are buried
Read more

But soon after, cartel henchmen returned and seized Benjamín LeBarón – who had become prominent as an anti-crime activist – and his brother-in-law Luis Widmar.

The two men were dragged from their homes and killed – but few in the family express regret that they stood up to the gunmen.

“If you pay one, you’re going to get 10 more. It was stance we had to take as a community,” said Brent LeBarón as he travelled to La Mora on Thursday for the victims’ funerals.

“That’s why it got so much fame … because, hey, we’re not going to stand for this. And if you can’t protect us, then try to come in and take our farms or take us out of our farms.”

Such words reflect a frontier ethos influenced by the family’s American roots – but also the fact most in the family are dual US-Mexican citizens.

Brent LeBarón acknowledged that in the past their status had made Mexican authorities more ready to react – “it becomes a bigger problem with dual citizens being attacked.”
Advertisement

That was not the case on Monday, when it took police and army eight hours to reach the site of the attack.

But in a country where victims’ families usually remain silent for fear of retaliation – or stigmatized as somehow being complicit in the violence against them – the LeBaróns and other Mormon families have made their voices heard.

“Yes, death sucks, but we’re not afraid of it and we’re willing to defend what’s ours: our rights and the right to life and happiness and the pursuit of it,” said Brent LeBarón.


Despite the harsh surroundings, families in Mexico’s Mormon colonies have prospered over the years. Many of the men work as roofers, framers and drywallers in the United States, then invest their earnings into pecan orchards and chili fields back in Mexico.
But they trace their origins to 1876, when the Mormon prophet Brigham Young sent exploratory teams at a time the church was trying to escape US prohibitions on polygamy and evangelize in Mexico and Latin America, said Jeffrey Jones, a former Mexican senator and distant relative of a leader from the original expedition.
Advertisement

Some of the community still belong to the official LDS church, though many still worship in unaffiliated congregations, said Brent LeBarón, although he said the practice of polygamy is “fading”.

The first settlers grew apples and peaches in nine colonies on the high plains – until the revolution of 1910 erupted.

Revolutionary leaders ordered the settlers to disarm, prompting a mass exodus, said Jones – who resides on the same property in Colonia Dublán, the birthplace of George Romney, father of 2012 presidential candidate Mitt Romney.

Some modern-day Mexican Mormons express similar fears of being unprotected in a country which has strict gun-control laws but is awash with illegal weapons.

“If the Mexican government made it so a civilian could own a firearm, I truly believe all this stuff would calm down a lot quicker than anyone would realize,” said Miller Jr.

But another family member, Alex LeBarón, pointed out that many of the weapons used in Mexico’s raging drug wars come from north of the border. After Donald Trump tweeted “you sometimes need an army to defeat an army”, he replied: “Want to help some more? Stop the ATF and gun law loopholes from systematically injecting high-powered assault weapons to Mexico.”

So, as one can see, there is clearly more to this story than we were initially led to believe. Such is the M.O. of the MSM. These colonies were fleeing from US Law to begin with, so it is no surprise that they had run ins with the cartels. It just seems they picked the wrong side or got involved in the wrong deal. We can all assume at this point that this was not likely mistaken identity, but rather the end of the line.